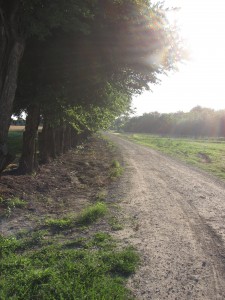 The past year has been full of many changes and a lot of steady movement forward at the Kinloch Price Boys Ranch.

“God is present here and we see Him every day,” says Brian Prahm, lead house parent. “We have had four boys who have decided to follow Jesus and really commit to serving Him. This is the greatest victory we can have here at the ranch. If they leave here knowing nothing other than Jesus, then we as a staff have done our jobs.”

“All of the boys that went had an encounter with God at camp,” he says. “It has made a huge difference in each of their lives that continues on. It is, of course, an up and down issue for the boys as they seek to move past their issues.”

The staff has learned to celebrate even the smallest of successes as they see God bring many small victories in the lives of the boys. Certain boys have become more self-aware and are learning to grow in exercising more self-control.

The Lord is constantly lifting the staff up as well, says Paul. “As we grow we are able to teach and love the boys better.”

“As one of the house parents here,” agrees Brian. “I have had to greatly rely on God to provide me with wisdom in helping mold these young men.”

Seven boys have joined the home at the ranch. One boy graduated out of the program earlier this year and two boys left the program before graduating out of it. As of this fall, there are six boys in the home.

The boys have had a number of new opportunities to learn in an out of the classroom.

“This year we have seen a growing commitment to our boys being made by different people,” said Paul.  “Some come out and tutor the boys in school and others show up from time to time to just spend time with the boys. It has been a tremendous blessing to the boys.”

Two men in particular came out over the summer and blessed the boys, Paul says. One taught math and history and the other wilderness and camping lessons.

Though the plan is to have animals such as chickens, calves or goats added to the ranch’s list of residents over the next year, the boys and staff got a small taste of the experience of having livestock this fall.

“We are currently housing seven goats that were loaned to us,” said Paul. “They have been inside the lagoon fences eating the grass in those areas. The boys have to carry water to them twice a day every day and this is good work for them. They also really like the goats. It is hilarious watching city boys around farm animals for the first time.”

Looking ahead, livestock is just one of the changes planned at the ranch over the next year. One of the biggest is the scheduled opening of the second home in early 2013.

“Mr. Karber has been doing so much out here to prepare for the opening, and all the while making sure our grounds stay maintained and beautiful. We are looking forward to the opening of the new house and what that is going to mean for our school here at the ranch,” explains Brian.

“We believe with their education, a learned trade or skill, a solid work ethic, and belief in Christ, that they cannot fail.”