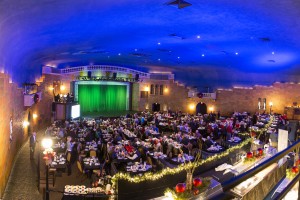 “Youth Horizons” was emblazoned across the Crown Uptown Dinner Theatre’s marquee last month in recognition of the 2013 Christmas Benefit Concert. The two-night event took place December 1 and 2 and was well attended.

The concert featured Earnest Alexander and a number of different friends. He and Rodney Bartlett sang a few duets, and Rodney sang a solo. Freelance composer and arranger Craig Curry accompanied them. Craig has been a longtime friend of Youth Horizons and frequently accompanies Earnest. The cast and orchestra of the theatre’s production of White Christmas showcased some numbers from that musical. Additionally, the Countryside Christian Church Choir sang a few medleys, and their soprano Michelle Vardaman performed a solo. Rosie Scare directed the choir. 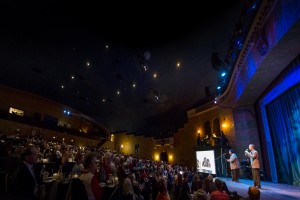 Thanks to the support of new businesses and friends – as well as the continued faithfulness of many longtime supporters – we increased in sponsorship for the event this year. While final numbers are still being evaluated, we know that thanks to your generosity we continue to see God’s provision.