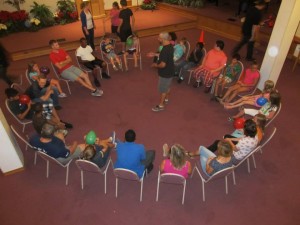 The Youth Horizons Mentoring team has been holding monthly game and movie nights since the beginning of the year. The fun evenings have provided an opportunity for matches to connect, potential mentors to get involved with the program, and kids on the Waiting List to spend time with caring adults.

Christian is a 10-year-old boy on the Waiting List. He’s been waiting for a mentor since July of this year. He attended his first game night last month, and the experience was profound. 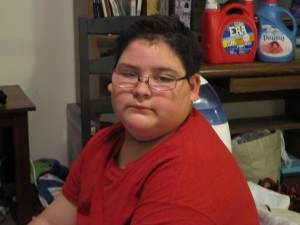 “After I dropped Christian off at home, his mom called later and asked what we had ‘done’ with her son,” says Jared Holcomb, mentor coach.

“She said he really enjoyed himself and he has never really been a fan of going out and spending time around other people.”

Christian had spent his evening playing games with the kids and mentors. He also had the chance to get some one-on-one time playing chess with a volunteer. 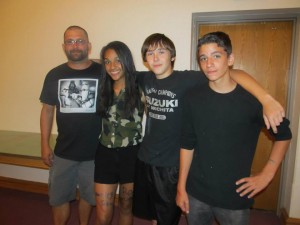 We are thankful to James Bazil, youth pastor at Calvary Chapel, and their interns for making the July game night possible. It is encouraging to watch the kids – and adults – have fun!

If you are interested in finding out more about what it means to be a mentor, give us a call at 316-262-8293. We currently have 53 children who are waiting someone to mentor them.