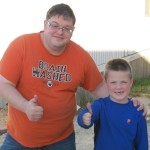 James and David: James has mentored with us in the past, and recently decided to mentor again. He and his new protégé David are getting to know one another. One of the best parts for David is that he wants a dog, and James has four dogs he can enjoy playing with! 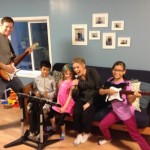 Ryan and Kylie and Jaden and Sienna

Ryan and Kylie and Jade and Sienna: Ryan and Kylie began mentoring a set of twins, a boy and girl, almost three years ago. Over the course of their mentoring relationship, Ryan and Kylie’s family has grown to three children, they have moved, and Ryan has built a painting business while continuing to work at the same time. Through all the life changes though, they have continued to meet regularly with their protégés, Jaden and Sienna. 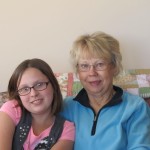 Vera and Tahnae: Vera and Tahnae have been meeting for a few years. Vera says Tahnae recently helped her with some computer problems. This was an enormous help to Vera. She says Tahnae has shown positive change since they were first matched. 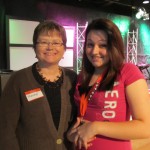 Marchel and Mariah: Marchel and Mariah have met together for more than 10 years. One of their primary activities together is to lead a book club for a number of younger mentoring matches. Mariah is looking forward to graduating next year and heading to college. She says it’s thanks in part to the support of Marchel. 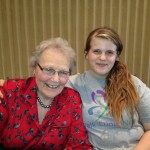 Patricia and Teresa: At 83 years old, Patricia has truly caught the vision of what it means to mentor. Because of Patricia, Teresa has come to church and gave her life to Christ this summer. Teresa loves having Patricia in her life. 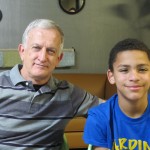 Bing and Dashon: When out in the community, Bing makes it a point to be mindful and friendly with those he comes into contact with. On one of his outings with Dashon, Bing noticed towards the end of their together, Dashon was starting to say “hello” to others and ask how they were doing. 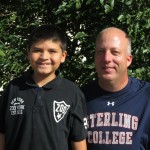 Ty and Enrique: When asked how things are going with Ty, Enrique explodes with excitement! He shares all of the fun things they are doing together and says Ty is hilarious. Enrique looks forward to his time each week with Ty. 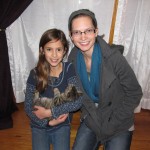 Hayley and Isabelle: They’ve been matched for a year and have had so much fun getting to know each other! They’ve made aprons, baked many treats, and have been most recently working on an awesome fish tank for Isabelle’s room, complete with glow fish! 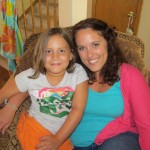 Jessica and Harley: Although they were only recently matched, they have had a great start! Harley’s mom has said that even mentioning Jessica throughout the week can lift Harley’s spirit. 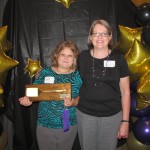 Linda and Chalyssa: The past year has been one of growing pains for Linda and Chalyssa. They are finishing their second year of being matched, and their relationship has deepened as Linda has been faithfully committed through thick and thin. Chalyssa decided to follow Jesus this year and was baptized at Linda’s church.