by Youth Horizons
In the News, Uncategorized 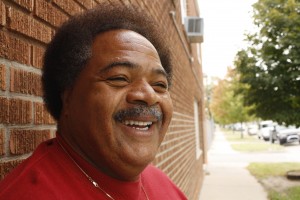 You will hear of wars and rumors of wars but see to it that you are not alarmed; such things must happen. But the end is still to come. Nation will rise up against nation and kingdom against kingdom. There will be famine and earthquakes in various places.  All these are the beginning of birth pains.  (Matt. 24:6)

This reference simply tells us that we are on schedule. That it is not the end, but the beginning of the end and how long it will take until we are actually at the end, no man knows the day or the hour. America is not the Promised Land, neither are we in the depths of hell and what we are to be can still clearly be defined by what we choose to do from here on.

Current trends in our culture and from our courts on high, do not define who and what we are as a nation. But the silence of the church allows anarchy to reign in the streets.

The spirit clearly says that in latter times some will abandon the faith and follow deceiving spirits and things taught by demons. Such teachings come through hypocritical liars whose consciences have been seared as with a hot iron. (I Timothy 4:1)

Pastor Terry Williams of River Community Church says, “it is never a question of whether God is on our side, but if we are on his.”

Now when Joshua was near Jericho, he looked up and saw a man standing in front of him with a drawn sword in his hand. Joshua went up to him and asked, “Are you for us or for our enemies?”
“Neither,” he replied, “but as commander of the army of the Lord I have now come.”
(Joshua 5:13-15)

But in essence, the commander of the Lord’s Army is asking, “Who is on the Lord’s side?”

Today more than ever, each of us has to answer that question. We have to be aware of the fact that all of us have the potential to be deceived and disillusioned.

In closing, I challenge you to seek to know the truth, treasure it, and live it no matter what trends come and go. God’s word is constant and consistent. There is an absolute truth and to try and nullify it or cancel it out will certainly be the death of our nation. Whose side are you on?

We are sad to acknowledge that we did not successfully receive the Kansas Tax Credit grant. Which means that instead of only having to raise $100,000 we have to raise $500,000. Are there any of you who can, and will help us meet this goal of $500,000? No amount is too small or too large. If you are interested, please indicate on your check or gift that it is for KPBR expansion (Kinloch Price Boys Ranch).