Youth Horizons / Fatherlessness  / A Story Only God Could Have Written

A Story Only God Could Have Written

If you have followed Youth Horizons for some time, you may remember a story a couple years back about a young man named Damon who was matched with a man named Mike. Back in 2015 I had the privilege of matching Mike Lemen with Damon, age 9. At the time I had no idea just where and how God would use this match. The main reason for 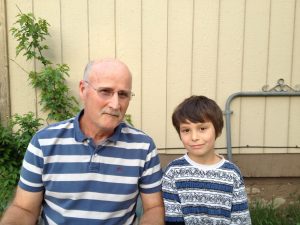 matching Mike with Damon was mostly due to where the two of them lived. They both lived out in the Clearwater area. Quickly they grew to have a close relationship. Mentoring is not always easy. Damon experienced some challenges within his home life, and Mike was diagnosed with ALS. Even through it all, they both stuck together. Damon became a part of the family in many regards, and also a part of Northridge Friends Church. Mike and Damon spent just under three years together before Mike went home to be with the Lord.

The story doesn’t end there. Soon after Mike’s passing in early 2018, Damon was in need of a new foster home. Bridget, Mike’s wife, felt the Lord’s calling that she could stand in the gap for Damon and welcomed him into her home, a place he already knew well. After discussion with her family, Bridget believed that her family could be the forever home Damon needed. One thing 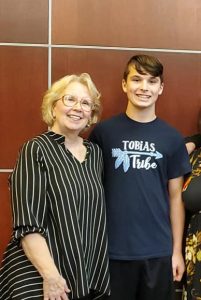 led to another, and on January 7, 2020, Damon became a permanent member of the Lemen family as he was adopted by Bridget.

Mentoring does not always take the path that we expect, but God has a way of using those who are willing to be used. Thank you for being a part of this as a financial donor. Your gifts help to make all of this possible.